Harry Potter and the 7 Secrets of Successful Teaching

[bctt tweet=”You may not know what the teacher is doing, but you know when it’s working. #education #harrypotter” username=”LiesAboutParent”]

I recently re-read the entire Harry Potter series. There was an awful lot of good, successful teaching going on at Hogwarts School of Witchcraft and Wizardry.

And some not-so-great teaching as well. Like Professor Binns, the ghost teacher who loved to lecture.

His unsuccessful teaching style made me reflect on my own teaching career, which I left after ten years. Were my students as lost as Harry, Ron, Hermione and the gang in Binns’ lecture-style class? I hope not.

At Hogwarts, Binns is the exception rather than the rule. There’s a lot to learn from the teacher training program in the wizarding world – because Professors McGonagall, Sprout, and Snape – love him or hate him – are mighty fine teachers. Even Hagrid, the gentle half-giant with limited experience when given his first teaching opportunity, has the right idea about what makes a good lesson, even if his materials are a bit dangerous.

Can a fictional tale teach us the secrets to successful teaching?

Seven is a pretty, um, magical number in the world of Harry Potter, so here is “Harry Potter and the Seven Secrets to Successful Teaching”:

But what about Professor Sprout, the witch teaching Herbology? She knows students will remember more about Bubotubers by handling them (in Harry Potter and the Goblet of Fire). Dolores Umbridge knew exactly what she was doing to stunt the students’ learning by having them spend every class solely reading from the text during her regrettable reign as Defense Against the Dark Arts teacher.

2. Guide on the Side vs. Sage on the Stage 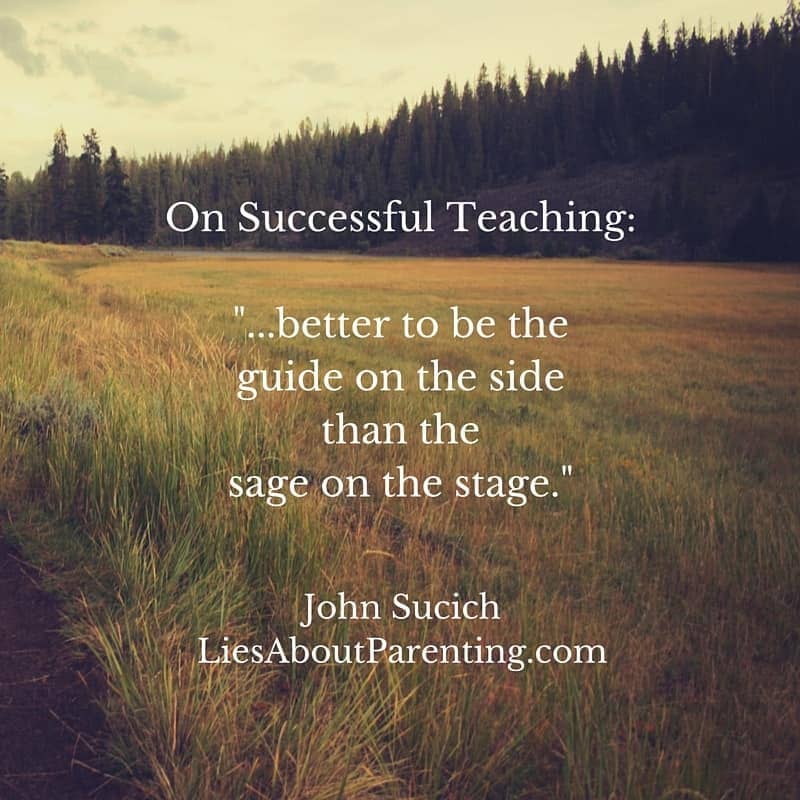 It was early in my teaching career I heard someone say, “better to be the guide on the side than the sage on the stage.”

I liked it because it rhymed, but also because I knew in my heart it was true. I know I was the “sage on the stage” a lot when I taught. And I think it was effective, given my personality type. I hope I sprinkled in enough questions to the students asking them to make connections to other topics they knew about to make the lesson more engaging.

But that method of teaching is not effective for all students – even less if it’s happening all the time. I was not a Professor Binns, who engaged in this most unengaging teaching strategy exclusively.

“Guides on the side” are like most Hogwarts teachers. They watched as students practiced transfiguration, cared for magical creatures, or mixed their potions under the ready-to-criticize eye of the student-hating Professor Snape. When it came time to apply these skills in real (magical) life, the students had a far better chance of recalling the ingredients of a potion from Snape’s class than from Binns’ lecture on what happened during the International Warlock Convention of 1289.

[bctt tweet=””…better to be the guide on the side than the sage on the stage.” #education #teacher” username=”LiesAboutParent”]

3. Student Investment and Student as the Expert

Taking the previous point a step further is actually letting a student lead a lesson. Children respond to their peers and if a student is properly prepared, letting a student deliver the information is an effective teaching strategy. When it comes to leading the Defense Against The Dark Arts lessons for Dumbledore’s Army, Harry’s a natural.

The fact that the students choose to be there and are invested in their learning helps, but Harry deserves a lot of the credit for facilitating that learning. We know that he goes on (spoiler alert!) to head the auror department at the Ministry of Magic but, like his own professors, Harry himself would have made a fantastic teacher if he chose that path.

4. Life Is Hard – No Need To Sugarcoat It

“It is my belief,” Professor Dumbledore tells the Hogwarts students in Harry Potter and the Goblet of Fire, “that the truth is generally preferable to lies.” These wise words come as he delivers the difficult news to the assembled students that Lord Voldemort murdered Cedric Diggory. Many parents and teachers are unsure when it’s okay to lie to a child about something that seems too complicated for them to understand. (Many experts say lying to children is unnecessary but sometimes the entire truth isn’t necessary either.)

Stepping back from the story and looking in from the author’s point of view, J.K. Rowling is honest with her (supposed-to-be-young) readers – there is evil in the world. People you love will leave your life forever and adults are not always people you can look up to. There is a difference between lying and withholding information.

One of the great frustrations of the Harry Potter series is how much Harry could have benefited from knowing certain things about his life at a much earlier age. Children are often able to handle more information than we give them credit for if it’s delivered in an honest way.

5. Give Kids A Little Freedom

Hogwarts students spend a lot of time not under direct adult supervision. Sure, this is part children’s story trope, but over the course of the book series it’s hinted that the adults are aware of what’s happening in the children’s lives. The adults choose to let the students figure things out for themselves, stepping in only when they deem it necessary. Rules are bent (and broken), but in the end, a sense of responsibility develops. Sometimes you can let children think you don’t know what they’re up to and let them experience small failures. 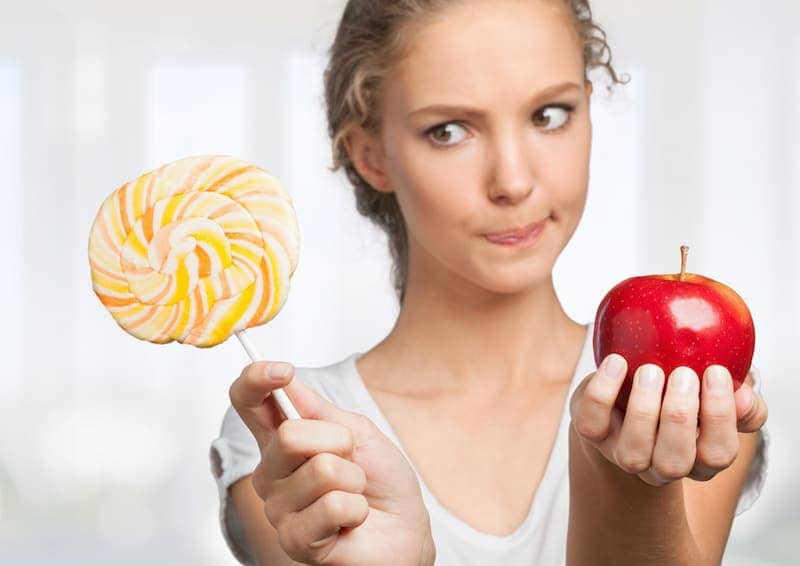 “25 points for Gryffindor!” I feel extremely satisfied when I think about the hourglasses filling up in the Front Hall after someone earned points for their house. I’m the type of person who would have thrived on this kind of incentive as a kid. But I also would have been mortified if I ever cost my house points. That’s like Hermione – she doesn’t need the incentive to learn. She’s never thinking about earning points, or at least it’s not her main motivation. She is always aware, though, of how her actions – or those of her closest friends – might cost them points.

Ron is the opposite – he doesn’t spend much time thinking about how his behavior might lose points. He thrives on the idea of gaining points and reflecting in the glory of having done so. Then there’s Harry – he never seems to care much one way or the other about the incentives.

And that’s pretty reflective of the Muggle (human) world. Sometimes incentives work – but there’s no one strategy that works for everyone.

7. You Want Teachers Who Go The Extra Mile

Another mark of great teachers are those who are willing to do anything to help their students succeed…or to protect their students. Professor McGonagall had this quality in spades. She was stern with the children in the halls and classroom, but she was downright fierce when it came to protecting them from others.

What did your favorite teacher to make a class magical?

Best of the Blog, Education, Parenting (By Age)

How to Teach Respect to Kids In Any Life Situation

[thrive_headline_focus title=”It’s tough to teach respect.” orientation=”left”] Especially when you’re battling for your life.  I’m talking about the dreaded D-word. Divorce. After my wife and I started divorce proceedings, my son was a wreck. We tried to save our marriage, but no amount of talking it out or counseling provided a solution. My son and END_OF_DOCUMENT_TOKEN_TO_BE_REPLACED

Best of the Blog, Mind & Body Health, Parenting (By Age)

Frustration ToleranceThis post was last updated on January 7, 2023Building frustration tolerance in children is a great way to help them develop emotionally – and save your sanity at the same time. Have you ever watched your child struggle to put on a pair of shoes?Try to shove puzzle pieces into the wrong spots?Pack a END_OF_DOCUMENT_TOKEN_TO_BE_REPLACED

[thrive_headline_focus title=”Okay, you think, these guys are little.” orientation=”left”]​I can do this. You’re about to enter the three-year-old daycare room. With a deep breath, you open the door that’s decorated with construction paper lily pads and cartoon frogs.Every eye in the place is instantly glued to your face.“Mommmyyy!” a little girl shouts, then realizes her END_OF_DOCUMENT_TOKEN_TO_BE_REPLACED