Are They Right To Call Us Crazy?

How We Did It: Surviving An Intercontinental Move With Two Children Under Three

We must be crazy, right?

﻿That's what people think when I tell them what my family has been doing for the past six months.

Would it have been better to have waited until our children were older to embark on these big adventures?

When they would have a deeper understanding of our journey?

Or would they have resented moving on and leaving friends and lives behind?

Either way, here's what six months of expat accomplishments looked like for us. (Added bonus- it all began when I was six months pregnant!):

1. Resigned from our teaching jobs in South East Asia without new jobs to go to. Early resignation dates are typical on the expat circuit and always involve a blind leap of faith. You resign from a whole life without knowing which country will become home next.

2. Gained approval for our entire family to become permanent residents/citizens of Australia. This involved a painful process of paper trails and forms that took months to prepare for.

3. Filed and had cleared the paperwork required to import our two cats and one dog with us. The Australian Quarantine Department is notoriously difficult so this was a big one. It was a process that involved tens of thousands of dollars and more than 15 steps of bureaucracy each.

4. Packed a four bedroom house into a shipping container and sent it half way around the world.

7. Bought and sold two houses on two different continents. Neither of which were on the continents we called home at the time.

8. Had a baby (that was me but it involved a fair bit of support from the rest of the family too).

I was also working full time.

There must be a few things that didn't make the list but it's fairly comprehensive.

Why did we do this?

One part of the decision to become expats 7 years ago meant that a big move would be inevitable at some stage. We couldn’t stay abroad forever (even if we wanted to) due to visa regulations. It was always a case of when, rather than if, and it was time to move on.

Leaving our old life behind has brought about mixed reactions from our toddler.

She understands that we are in a 'hotel-house,' as we dubbed our temporary accommodation. She's not so clear that we are in Australia. These two things are mutually exclusive in the mind of our little girl.

Generally she seems to have accepted the situation that she is in, as children often do.

They adapt without all the extra information that adults have the privilege of processing. Although there are the times she asks when 'auntie' (the live-in nanny from our old life) is coming with us.

Ashley (LAP's founder) with her daughter enjoying the Nicoya Peninsula sand and surf.

Our baby hasn't known much difference.

It's more the exhaustion of settling an infant into a new routine that has taken its toll. A new house, climate and family dynamic (mummy no longer works outside of the home) is a lot for everyone.

The temperature changed from permanent summer on the equator, to a temperate Australian winter.

That has effected every member of our family. (Even the dog, whose coat was almost instantly thicker and darker).

The drop in humidity caused daddy to lose his voice. Mummy's skin developed painful abrasions from the sudden cold and wind.

Our toddler regressed in toilet training due to the cold weather's effect on her bladder.

Children transition through many changes on the expat circuit all the time. Our little family will be enjoying some stationary time close to family for the next few years. Moving, changing jobs and having a baby are widely recognized as some of the most stressful things a person can do in a lifetime.

We did them all within 12 months.

Time to stay still for a while. 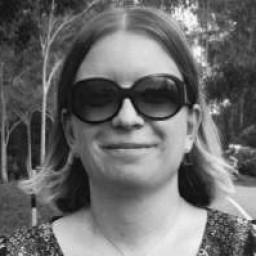 Charlotte Baird is a writer, teacher and currently a stay at home mom living near Sydney, Australia with her two girls, husband, two cats and one dog. She has been published in several travel writing publications including BootsnAll and GoNomad. Visit her website What They Don't Tell You About Motherhood.