I’m a teacher. The kind that’s in charge of your kid’s education.

And I get a lot of emails from parents that start with “Johnny says you’re not telling him what to do.”

When I get these emails, I step back, breathe, and conjure up some euphemistic way responding without telling the parent to just let me do my job.

See, my job is to prepare your child–for life.

Kids are not widgets and learning is about more than answers. There, I said it. Kids need to be superhero problem solvers.

And, despite the fact that high-stakes testing has created a factory environment in schools, our job is to foster a generation of thinkers, not doers.

We, the teachers, are charged with teaching kids how to think, not what to think.

Because Siri, Alexa, and Google can answer just about any question students have these days, they have never been taught to problem solve. The results look like apathy to teachers. In reality, it’s just what high-stakes testing and technology have driven kids to become.

Now as the tides in education are turning towards metacognition (thinking about your thinking), teachers are plagued with two problems.

First, kids are afraid of being wrong on a test.

Second, parents have forgotten that learning cannot take place unless confusion and frustration are present.

So, yes, I want your kid to fail–so he can succeed. I want your child to fail over and over again so that he has to step back and look at things through as many different lenses as he can conjure up in his brain.

Then when he finally figures out what he did wrong, he’ll learn to appreciate the value of thinking over doing.

For this mindset to be embraced by kids, parents need to stop trying to shield their children from the frustration that comes with trying to figure things out. Without feeling a bit uncomfortable, a kid’s education will never be whole. They will never learn to think for themselves, which is what employers and universities want.

5 Thing To Remember About Your Kid’s Education

If you find yourself feeling a bit uneasy when your children are experiencing struggle or failure, remember these five things that make up every kid’s good education.

Every time I pass out an assignment the question, “How many points is this worth?” immediately follows.

The education system has created a generation of grade grubbers that cling to arbitrary numbers. We need self-motivated kids who want to learn to be independent thinkers and problem solvers.

(By the way, that’s what Harvard wants, too.)

There are no directions for finding the cure for cancer, or for integrating AI into our phones. The generation of kids in school now is going to be charged with creating, not following, ideas and technologies.

The jobs they will do when the graduate don’t even exist yet. Subjective point values don’t lend themselves to major breakthroughs. The motivation to solve problems does.

Parents, stop overvaluing numbers and start emphasizing the importance of problem-solving. Your kid’s education is about more than numbers.

For far too long, every kid’s education have been victims of high-stakes standardized tests. Standardized testing has created a culture of parents who cling to random numbers they don’t understand.

I would much rather see my kids figure out real world problem–like why their chain keeps falling off their bike or why the ATV keeps stalling. An arbitrary score on Common Core test written by people who aren’t even teachers does not top my list of things to worry about.

But I can tell you this:

I am a teacher, and my kids will never take standardized tests.

See, my concern is with critical thinking skills and metacognition. Teachers who teach to the tests in fear of a negative mark next to their name need to remember they have been charged with educating the whole child, not just the test-taking part of a kid. A good education is not only about test scores.

Don’t get me wrong; I am not saying we need to go all open classroom concept while holding hands and singing Kumbaya. There is much value in a kid’s education including a solid foundation of facts. What I am saying is that teaching should not be limited to what sells–tests.

3. Group Work is a Dirty Fact of Life

If you are one of those parents who whine about group work and everyone else’s’ kids not doing their part, I want to go to work and look at your colleagues and see if the workload is balanced. If you don’t work, I want you to go volunteer for something. Then, report back to me how everything is equitable and fair in the real world.

Good luck with that.

Some people pull more weight than others. The truth is, your kid might be irritated that Sophie on student council is being too bossy, but they choose to sit back.

Some students are naturals at doing the bare minimum, which leaves others to pick up the slack.

Welcome to life—let your child learn how to handle it. 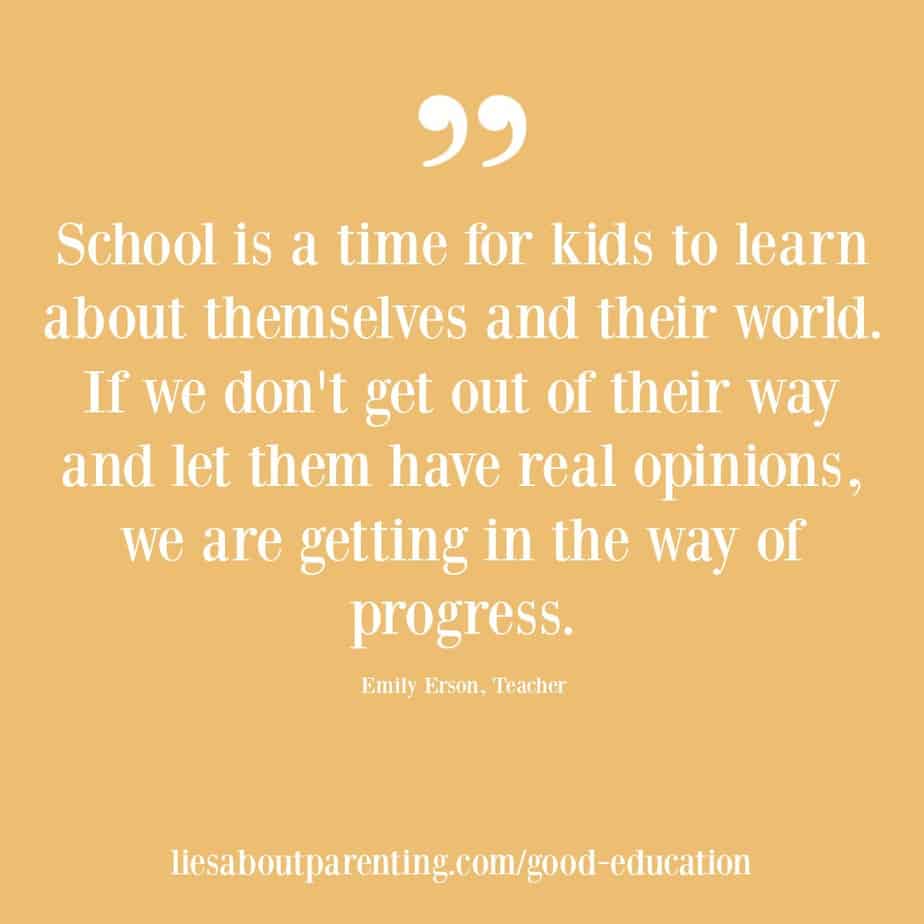 If and when you finally do run across a teacher who is sticking her middle finger up Pearson Publishing and PARCC, drop to your knees and thank whatever god you pray to. In real learning fashion, there will be no regurgitating of information. We have Siri now, and she can tell us anything we want to know.

Here’s an excellent example of thinking not doing:

Read two different sides of a political debate and then answer the question, “Why is it important to see both sides of an issue?” The answer won’t be in the text anywhere. Instead, students get the opportunity to look at both sides of an issue and formulate their own opinion. To do so, they need to know and understand the facts and express their views precisely and persuasively.

Odds are, when these types of assignments come home, kids will dig their heels in and say, “I don’t know the answer.” And, instead of emailing the teacher with the ever famous, “Sophie tells me you are not telling her what to do,” try telling your child to reread the articles and do what they think is best.

A kid’s education is not about you.

I know it sucks watching your kids struggle.

Yes, I know it’s much easier just to show them how to do something so you can cross it off your to-do list and head off to whatever practice you have that night. But a good education means kids need to experience that annoying feeling of having to figure something out. That’s what school should be.

We’ve spent so much time worrying about the black and white in a kid’s education so that we could pad these meaningless test scores that kids are terrified of the gray. If they cannot find an answer in black and white to spew back at the teacher, they become paralyzed with fear.

School is a time for kids to learn about themselves and their world. If we don’t get out of their way and let them have real opinions, we are getting in the way of progress.

I want a cure for cancer.
And a cure for diabetes.
Plus, the next technological breakthrough.

But, because kids are so scared of being wrong, they are having anxiety attacks and developing a fear of school. They are scared to think. We need them to think, and we need to let them know being wrong is the first step in becoming right.

For what’s it’s worth, if you don’t get out of their way and let them and let them fall, they will never be forced to pick themselves back up.

Your Kid’s Education Is In Your Hands

Seriously, we have a generation of teenagers right now who have to ask if they are supposed to put their name on their paper. They do nothing unless told exactly what to do. We have enough computers–we don’t need to turn more kids into robots.

So the next time little Liam comes home complaining about the teacher not telling him what to do, tell him to suck it up, be confident in his thinking, and send the teacher a thank you email for giving him the opportunity to think on his own.

If you enjoyed this post, check this one out: 8 Things Your Kid’s Teacher Secretly Wants To Tell You 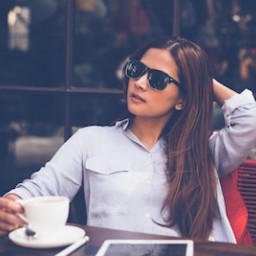 I am a full-time teacher, mother, driver of children, cooker of dinner, washer of laundry, sayer of bad words and hockey mom extraordinaire. I am not afraid to speak my mind, even if that means dropping a few old fashion hashtags, $#!&. In my free time --like that exists--I blog in order to vent the frustration that comes with raising 3 kids. My mantra, blogging and swearing are better than a drinking problem. Want more? Join my Mail List.