Dear Parent, This Teacher Has 8 Secrets to Share With You

In recent years, words like “diversity” and “inclusion” have received a lot of fanfare, and for good reason. Most of us can agree that these are concepts that should and must be embraced in any society that purports to be enlightened and free.

But what do these ideals actually mean in real life? What do they look like in actual practice? And how should they inform your parenting?

Why Does Diversity and Inclusion Matter?

The simple fact is that diversity and inclusion aren’t just matters for adults. You don’t just grow up and realize one day that you need to become more culturally aware. Studies increasingly show that true inclusivity and real cultural sensitivity begin in childhood.

The science suggests, for example, that children begin to notice racial and ethnic differences far earlier than many parents realize. Even more significant, they notice how you respond to those differences and they take their cues from that. After all, you are their first and best role model. You are the one to introduce them to the world.

So if you are hesitant or uncomfortable in talking about race or exploring cultural differences, your child is likely to pick up on that. In turn, they’re more likely to internalize the same feelings. Above all, you don’t want to unintentionally teach your children to be embarrassed by—or worse, to fear—those who look, sound, or behave differently than they do.

Because children begin to be aware of racial and cultural differences so young, it’s imperative to open up a dialogue early. And it doesn’t have to be heavy. In fact, it can and should be honest and age-appropriate. For example, you might begin with your toddler by introducing books that feature characters of different races and ethnicities. Or you might incorporate new foods or new holidays and festivals into your family life. Doing so can serve as a fun learning opportunity, similarly to the joy you feel in learning about your own family’s native traditions.

As your little one moves from toddlerhood to childhood, then you can begin broaching more difficult topics with more context and nuance. It’s important that every child be introduced to the concept of civil rights, and how those contexts are still relevant today. These can be discussed in age appropriate ways throughout their childhood.

It’s also important to reach out to your school-aged children’s teachers to learn more about how diversity is being addressed in the classroom. You might offer your support for teachers who are working to integrate diversity into their curricula in a variety of ways. For example, you might reach out to your school board to discuss how diversity is addressed in their lessons. Or you might offer your assistance to teachers as they plan projects to celebrate important cultural events, like Black History Month or Chinese New Year.

As children learn about different races and cultures, it is also imperative that they begin to appreciate diverse standards of beauty. Fortunately, this is easier today than it has been in decades past. The beauty industry, once notorious for its singular and devastatingly unattainable standard of beauty, has now begun to celebrate a much broader and more inclusive concept of the beautiful, one that rejects the “standard” entirely.

Saturating your child with images and media that celebrates rather than denigrates. Exposing them to this kind of media from an early age ensures they will more easily grasp that differences aren’t bad. In fact, these differences can be admired and celebrated. After all, true inclusivity means understanding that there are many ways of being in and moving through this world. All of those differences are valuable, important, and lovable.

Issues of race, diversity, and inclusivity have received a lot of attention in recent years. Unfortunately, they have all too often been associated with the pain of social injustice than with the power of true social equality. And that may make you reluctant to open up these topics to your children. The reality, though, is that your kids are likely already noticing racial and ethnic differences. And that means that it’s not just important but necessary to begin teaching them early on not to fear or be embarrassed about difference, but instead to embrace, explore, understand and celebrate those differences. 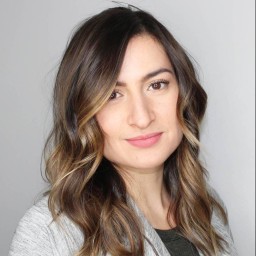