Sex Ed Is Failing in the USA – You Can Help

The Cyber Bully Is The New Worst Kid On The Block.

Have you heard about the new kid on the block?

It’s the bully that never goes away.

He doesn’t go home for dinner and a long night’s sleep to give his weary target a reprieve.

Nope, instead he follows his victim home, sits beside them on the couch at night and rides next to them when they are safely in the car with their parents.

He even walks the dog with them.

He is always a notification away, a ding here, an alert there….he is impossible to escape or ignore.

He is the cyber bully.

I have stood in front of a classroom first thing in the morning and seen the aftermath of an evening at home that was punctuated by social networking interactions.

Gone is the room full of kids who have spent an evening with their families and taken a break from each other. In their place, you see a room full of kids that have been in communication since the minute they left the day before.

There have been text messaging groups that included some kids but not others.

There have been pictures that weren’t “liked” enough and posted comments that stung.

There have been hundreds of exchanges that have left their mark.

Growing up was hard enough in the pre-internet era, but kids today have way more to worry about. Like posts and pictures and play-by-plays that will live online, forever.

Bullying has always happened. Tears were always shed. Kids got beat up on the playground and teased on the bus. Notes were passed about them in the back of a crowded classroom.

We’ve all been there. And it's awful.

Some have been there more often and suffered more lasting consequences. Research shows that to the victims of bullies, anxiety and depression often become their most steadfast and constant playground companions.

As a parent, it is vitally important to do what you can to take action. We all have to. Those are our children out there and they need our help. They need our protection and our guidance.

No one wants their child to be bullied.

And no one wants their child to be the bully. There are simple but critical things you can start doing today to prevent ﻿bullying from happening.

But the statistics are startling.

Robbie Richards works at Rawhide Boys Ranch, a non-profit organization helping at-risk youth in Wisconsin and has compiled a comprehensive tool to share everything you need to know about cyberbullying.

So, what do you need to know?

That it happens to the majority of kids, that they are scared of telling their parents, and that most have stood by while cyberbullying occurred.

Meaning, if your kid is old enough, chances are they've watched someone bully someone else.

That means it's time for a talk. Even if you don't think it's a problem, it's Anti-Bullying Awareness Week. So take a minute, and talk about bullying. ​

To raise awareness, share with the #BAW2015. Infographic courtesy of rawhide.org. 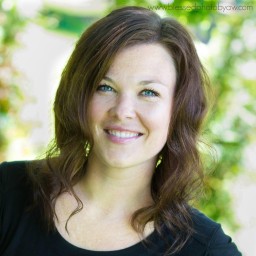